Be entertained. Read and weep. Fall out of your chair with laughter. Sad, but true, these reviews are not spoofs. Some are credible, and some are, well... Can you tell the difference?

1.An overemphasis on paper-and-pencil arithmetic.
2.Inadequate exposure to concepts of data and probability.
3.A disregard of existing and emerging technology.
4.An outmoded approach to geometry.
5.A neglect of applications of mathematics.
6.An interpretation of “focus” that ignores how people learn.
7.An overemphasis on teaching by telling.

If the above link for the CEMSE long response does not work, click here.

"Indeed, there are features of the current draft that we find attractive, such as its inclusion of “understandings” in the standards even though they may not be easy to assess."

If the above link for Joseph G. Rosenstein's written testimony does not work, click here.


The National Council of Teachers of Mathematics Comments in letter to Gene Wilhoit, CCSSO, and Dane Linn, NGA, regarding the Common Core State Standards. 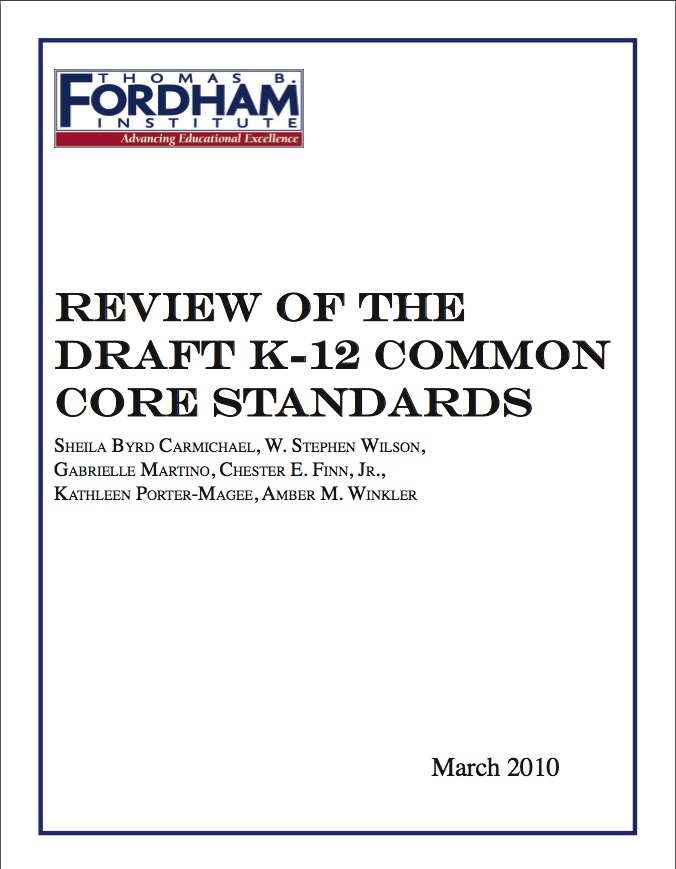 March 2010
The Thomas B. Fordham Institute

If the above link does not work, click here.

COMMENTS ON THE COMMON CORE STANDARDS FOR MATHEMATICS
March 2010 Draft K-12
Submitted by the U. S. Coalition for World Class Math
Download the complete document at the link above, Read the Executive Summary and Conclusions and Recommendations Sections here. 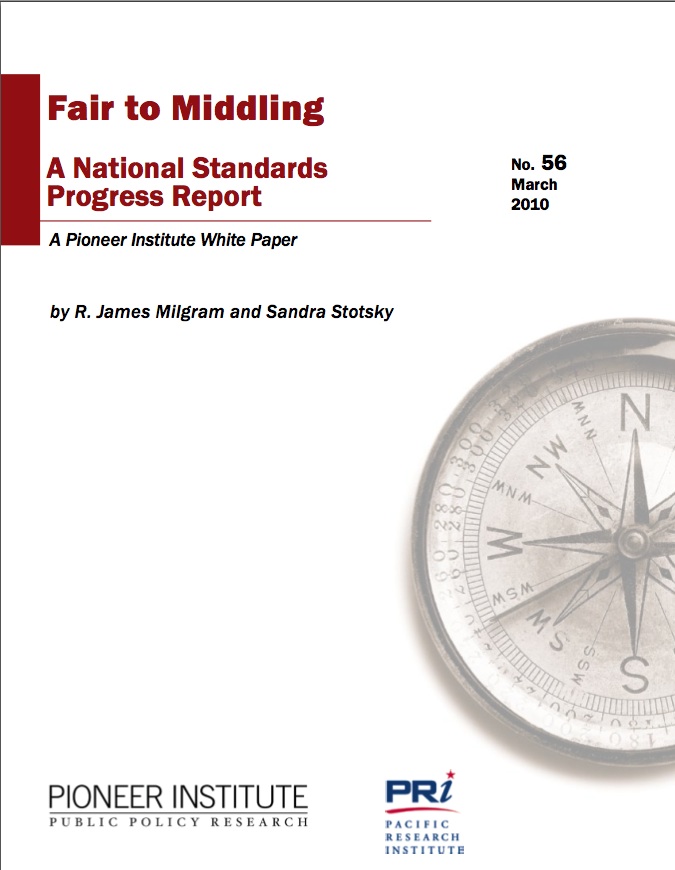 
A Letter For Anyone Concerned About K-12 Mathematics Education.
This letter summarizes my views on the Common Core Math Standards.
Bert Fristedt, Assessment Task Group and Instructional Materials Subcommittee member of the National Math Advisory Panel

"If the Common Core Standards are adopted, textbook publishers, teachers, and constructors of broadly given assessments will think that they need to use them. My opinion, however, is that they are not usable. If textbook writers try to use them the result is likely to be overly long fragmented textbooks. Their use by teachers, possibly at the direction of school administrators, can cause math to seem like a long sequence of somewhat unrelated tasks. And because of the ambiguity in the large number of `understand' items in the Common Core Standards as well as in other items, test writers will be unclear as to what kinds and distributions of problems are fair. The fact that so many items in the Common Core Standards can be read with very different meanings by different people indicates that the word `Common' doesn't actually fit."

"For a couple different reasons, I was given permission to see some earlier versions of the Common Core Standards. Based on the type and extent of the modifications from version to version, my judgment is that a revision of the March 2010 draft will continue to be far from satisfactory. That is the reason I am making my recommendation for rejection at this time."